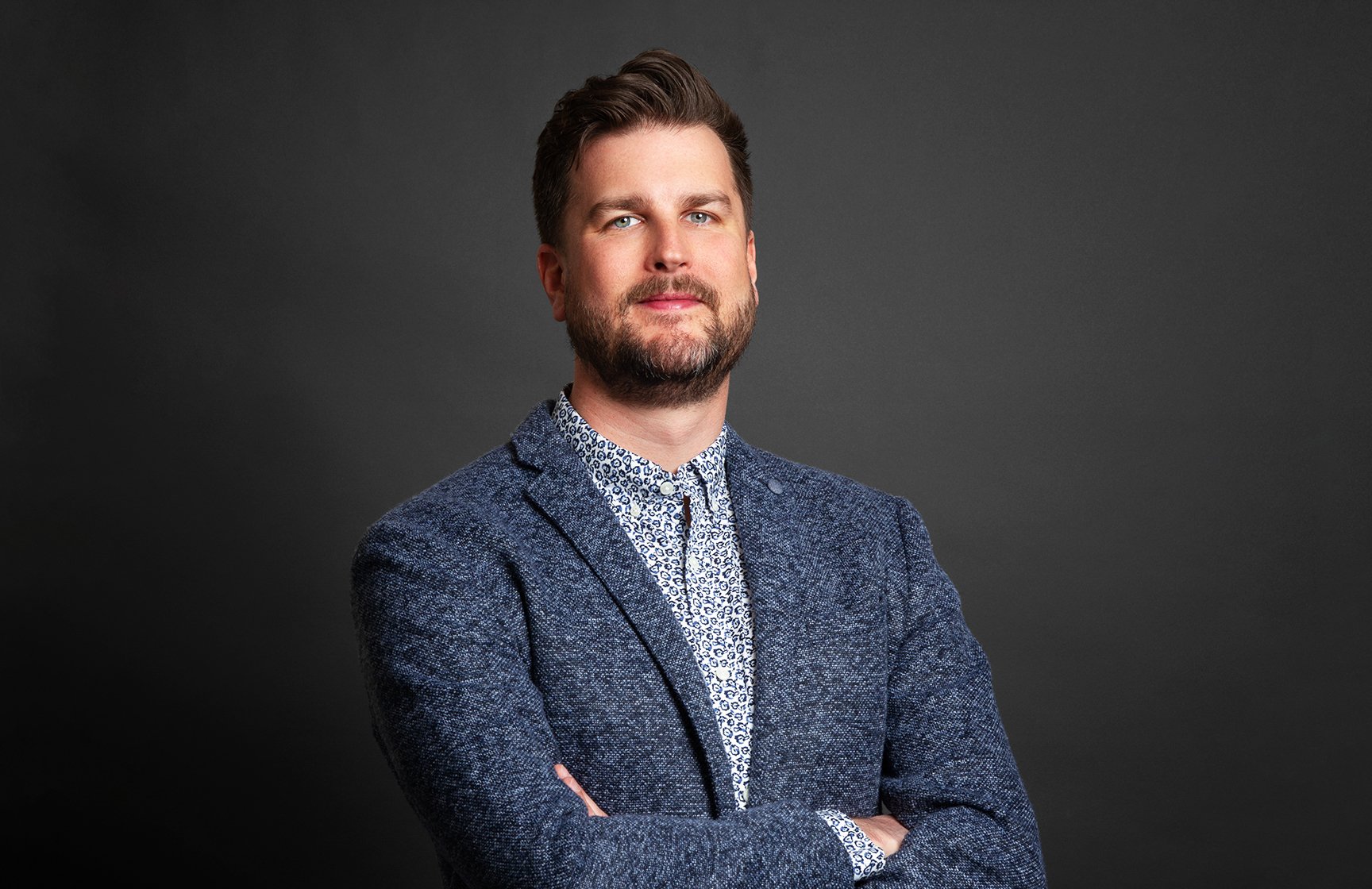 Recent technological advances have ensured that lithium-ion batteries will play an increasingly important role in our lives and in society. With the growing integration of inherently intermittent renewables into our energy system, and the accelerating shift towards electric vehicles, an increasingly larger portion of the world is battery-powered. The stationary battery market is seeing a transition from lead to lithium, and with the commercialization of new materials like solid-state batteries, lithium is poised to dominate further.

Batteries are set to play a key role in enabling the climate transition. And not just any batteries – lithium-ion batteries.

The considerable success of lithium-ion batteries is in large part due to the technological improvements made in recent years. In the past decade alone, the energy density of lithium-ion batteries has more than doubled. The first lithium-ion battery was commercialized in 1991, combining high energy density, long cycle life, and low self-discharge in a single package. Because of these properties, and its massive price drop since its introduction, lithium has become the chemistry of choice for most applications requiring rechargeable battery solutions and a key driver for its growth in use worldwide.

However, the lithium-ion battery is not a single chemistry. Rather, it comes from the family of chemistries that all shuttle lithium-ions in between host electrodes using a process called intercalation. There are two dominant chemistries on the market today for this: nickel-based, such as NMC (nickel manganese cobalt oxide) or NCA (nickel cobalt aluminum oxide), and iron-based, mainly LFP (lithium iron phosphate). These are examples of positive electrodes (often referred to as cathodes).

Iron-based chemistries have a slightly lower energy density but compensates for this by having higher cell-level safety, higher cycle life (at DOD of 100%), and lower initial capital cost.

Within each chemistry there is also room for different optimizations depending on the specific needs of the intended application. A cell can be optimized towards e.g., energy, power, high or low temperature performance, or cycle life. With all the different applications and different needs, it is imperative to prioritize these properties correctly. The key to a successful product and choosing the right cell is knowing your application and how your battery shall be used.

The Industry is Moving Towards Larger Cells

To further drive down costs, the industry is moving towards larger cells. This is true for all dominant form factors for lithium-ion batteries: cylindrical, prismatic, and pouch cells.

There are no standardized formats for prismatic and pouch. These cell formats can be application-specific or in many cases company-specific. But the trend is even more pronounced for these form factors, with cell size continuing to increase. Cells with capacities above 100 Ah – now commonplace – were unthinkable just five years ago.

The lead-acid battery was invented in 1859 and has been the dominating rechargeable battery chemistry at least since the beginning of the 20th century. However, its low gravimetric energy density of about 30 Wh/kg at cell level makes it impractical for mobile applications. State-of-the-art lithium-ion battery cells now offer ten times that energy density. In practice, this means that a lithium-ion battery module with the same performance (rated voltage and capacity) as a corresponding lead-acid battery, has a weight of approximately a fifth of the lead battery and has approximately a third of the volume.

In hindsight, it may be argued that the very commercial success of the lead-acid batteries hindered its technological development, rather than trying to push its low energy density towards its theoretical maximum of about 180 Wh/kg.

The recent decrease in the cost of lithium-ion batteries have resulted in many industries making the switch from lead to lithium. This enables industries to provide a lower total cost of ownership combined with a significantly reduced space and weight requirement. Cycle life is also increased, and self-discharge is reduced.

Small incremental improvements in lithium-ion battery energy density can be expected in the years ahead. However, it is likely that the next major leap will come with the introduction of lithium metal negative electrodes. This will lead to an energy density increase of about 30-50 percent compared to today. The introduction of lithium metal electrodes is often discussed together with another technological advance: solid state batteries. In short, solid state batteries replace the liquid electrolyte of traditional lithium-ion batteries with a solid-state material (e.g., a ceramic). Solid state materials will make lithium-ion batteries safer because they effectively remove the fuel for the fire. Lithium metal electrodes and solid-state batteries are expected to be commercialized at scale within the next five to ten years.

Other promising quantum leaps in battery technology include sodium-ion batteries, and lithium-sulfur batteries. The former promising a significantly lowered cost, as it is based on the more abundant element Sodium instead of Lithium, and the latter offering an even higher energy density than that lithium-ion batteries with lithium metal negative electrodes can offer. Lithium-sulfur also utilizes a lithium metal negative electrode.

Dr. Henrik Lundgren is Senior Battery Technology Engineer at Polarium. He received his Ph.D. in Chemical Engineering and Applied Electrochemistry (Thermal Aspects and Electrolyte Mass Transport in Lithium-ion Batteries) from KTH Royal Institute of Technology in Stockholm, Sweden. Since completing his dissertation in 2015, Lundgren has worked on the electrification of society, in particular in the automotive sector, the telecom sector, and the stationary energy storage sector.

This article was first published here by Polarium.

Polarium is a Swedish company dedicated to providing the best performing, safe and sustainable energy storage solutions built on lithium-ion technology. The company was founded in 2015 based on the idea of how energy storage could empower a smart and sustainable world. Polarium’s headquarters and R&D center are situated in Sweden and the manufacturing in Mexico. Through its global sales channels and representation in the US, South Africa, Sweden, UK, New Zealand and Indonesia, Polarium serves customers worldwide. Today, our market-leading solutions are in use on all continents and in all climate zones – from the Equator to the Arctic – ensuring that the flow of energy never stops, while enabling our customers to reduce energy costs and carbon footprint.

Formally known as Incell - the new name is a combination of Polar and Lithium to mirror the company’s Nordic heritage. With the new brand, the company aims to be more accessible and reach a wider audience. 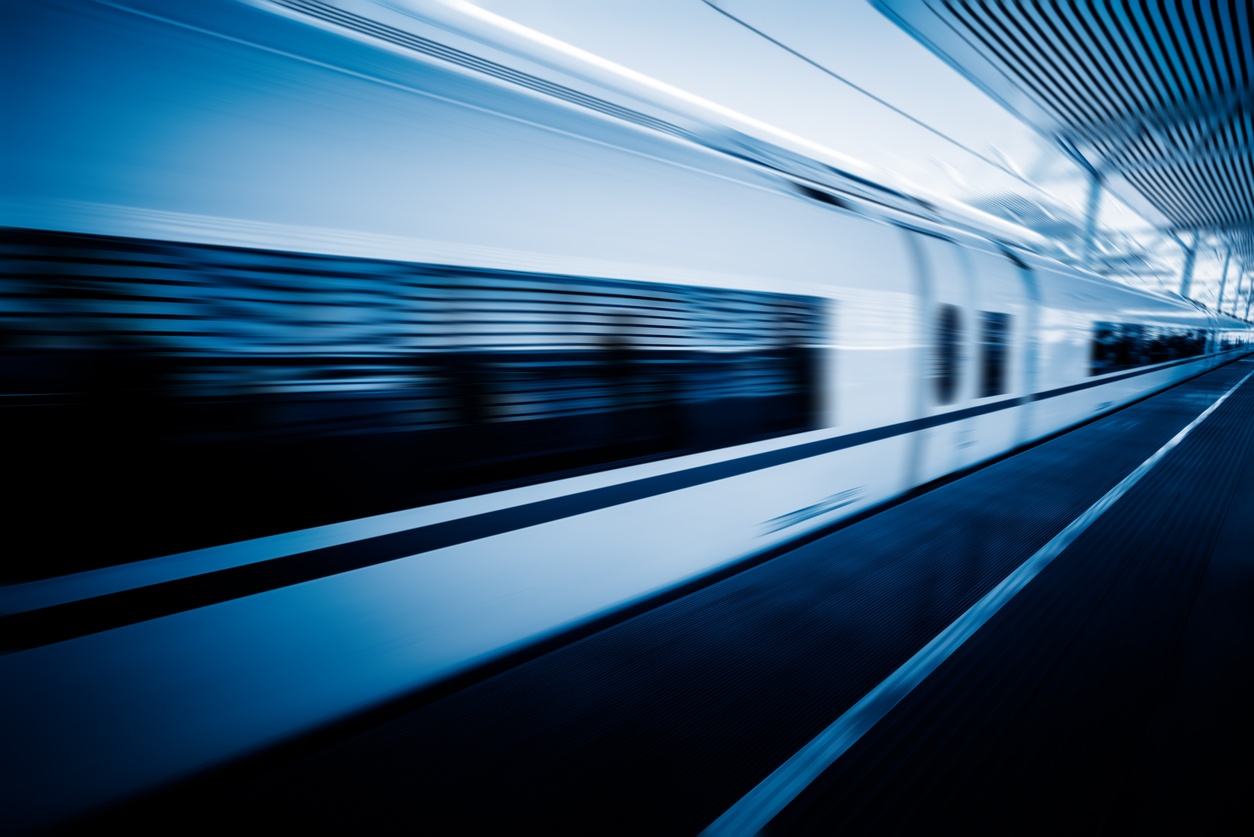 This is What the Train of the Future Could Look Like
April 30, 2018 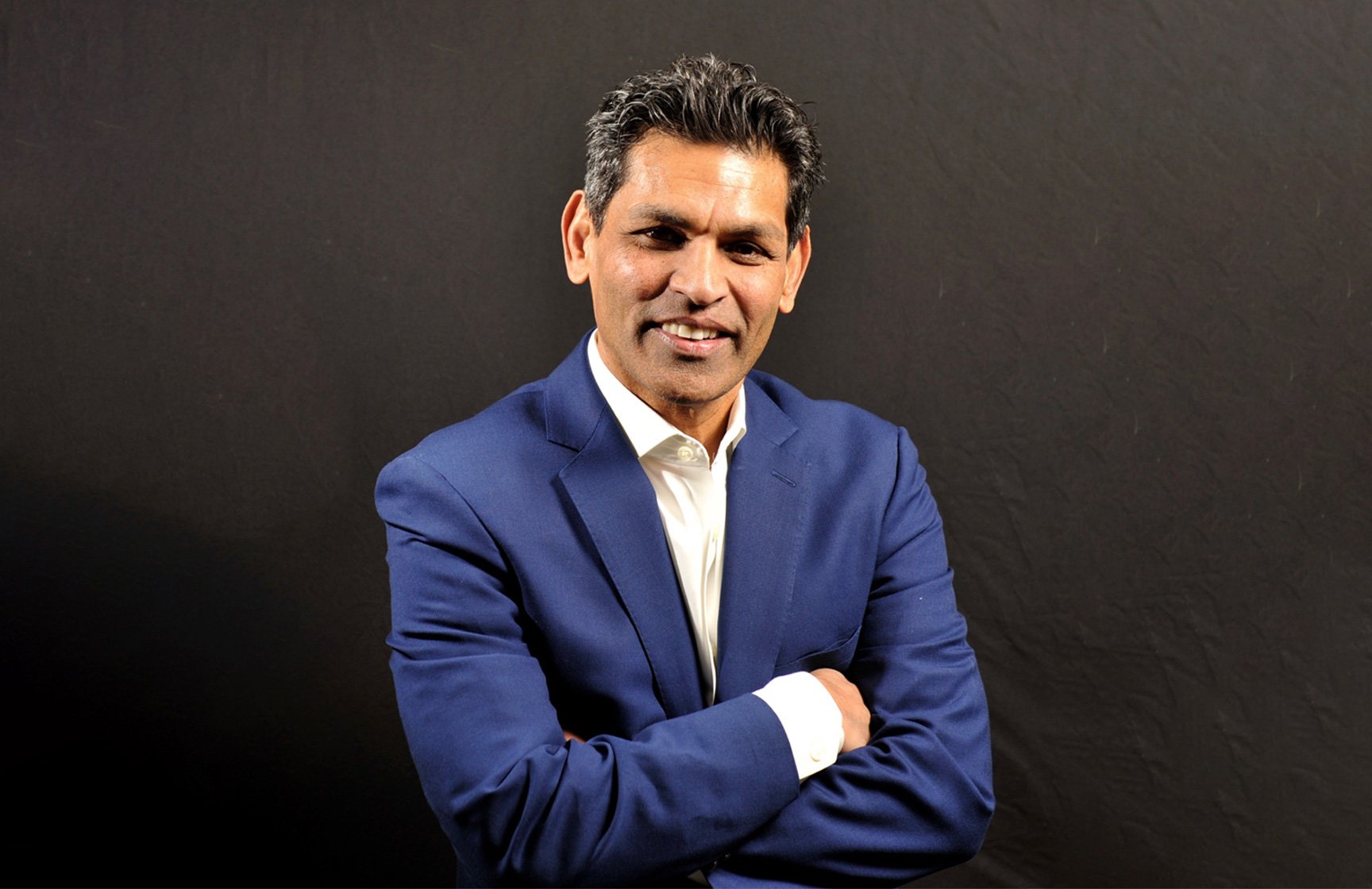 The Economics of Energy Storage Explained
May 28, 2021 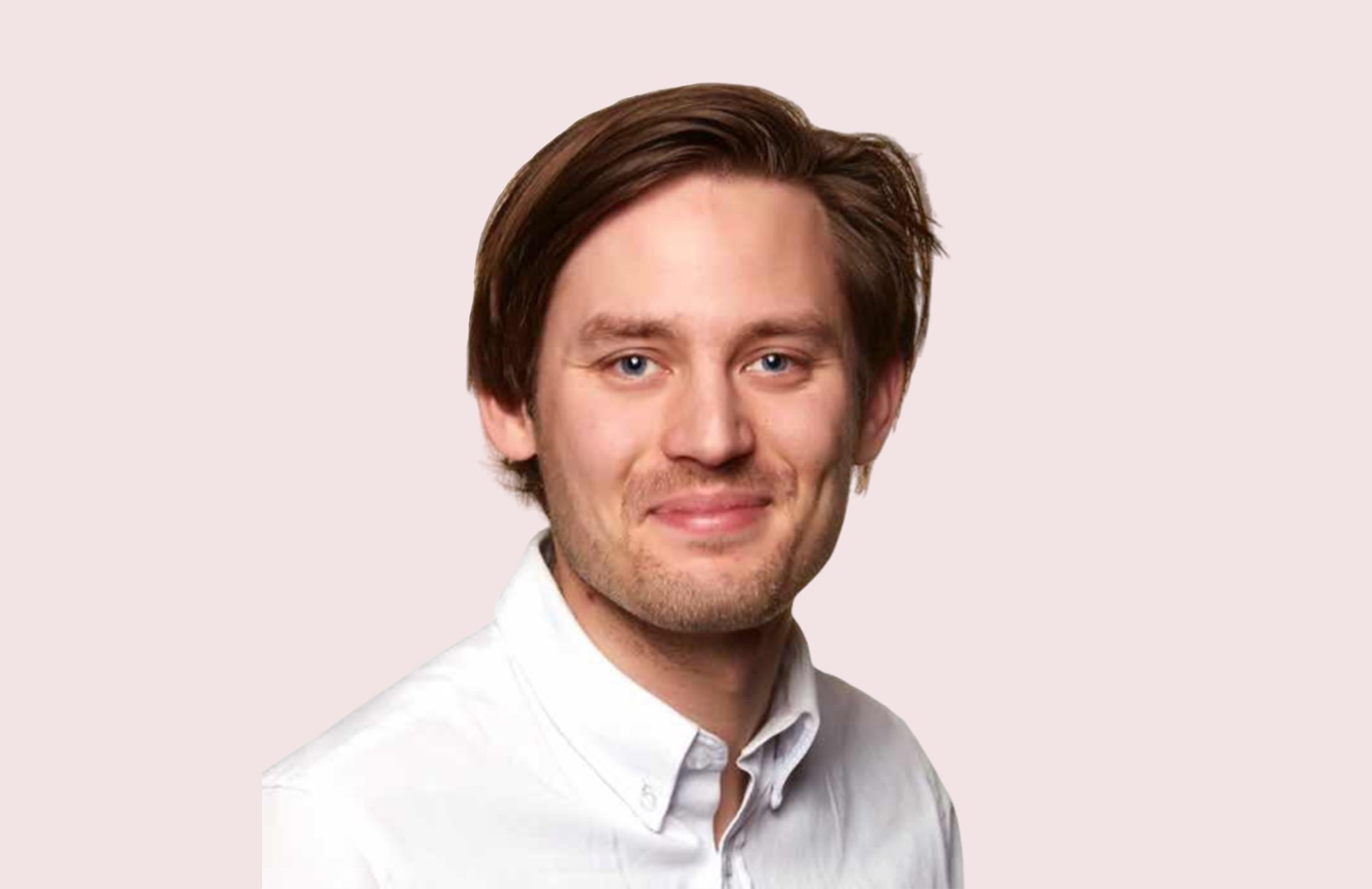